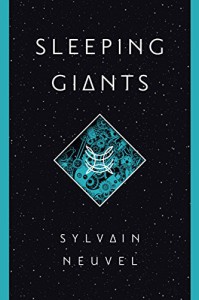 A group of scientists and military types race to uncover the pieces of a giant alien robot buried on Earth thousands of years in the past. The novel is reminiscent of The Martian in the sense that it is almost entirely dialogue driven, and the plot is propelled by various successes and setbacks in the project. The story is told in the form of short interviews between the main characters and a mysterious shadowy figure who is the mastermind behind the project.

If you enjoyed The Martian you will likely enjoy this as well. It is science fiction as thriller, not exactly literary.